What were you going to be when you grew up?

Caitlin Moran’s “How to Build a Girl” is certain to poke a stick in those old dreams and wishes. The ones you had when you were just 14 years old, convinced you’d never be kissed, that your parents would always embarrass you, and that your sibs were roadblocks to any future success coming your way.

Johanna Morrigan spends her teen years in early 90s Wolverhampton, England, struggling with, well, being 14 in Wolverhampton. She’s discovered the pleasures of self-pleasure and is convinced she must lose her virginity before something in her body breaks. But that’s a tall order when you’re on benefits, your dad is an alcoholic wannabe musician, your mother has post-partum depression and you’re just not cool at all.

When a slip of the tongue means she may have axed her family’s government check, Johanna will try anything to keep the family afloat—musical theatre and chores being just a couple of avenues explored. But it’s writing she loves and when a poetry contest lands her a few pounds, local TV beckons and thus, the earth-shattering-for-a-14-year-old-cataclysmically-embarrassing-event that propels Johanna on a journey to reinvent herself.

“How to Build a Girl” is Johanna’s manifesto on the birth of Dolly Wilde, a hard partying record reviewer who will have sex with just about anyone within a decent walk to the train station. Dolly drinks, Dolly tries to smoke but is never very good at it, and Dolly discovers that there’s a lot more to building a girl than playing the subversive to a man.

The best books are the ones that make you sit back and think—reflect upon ideas and events in your life and just kind of ponder. Thre are several parts of “How to Build a Girl” that got just that visceral reaction from me. For example:

Once Johanna accidentally reveals too much family information to a neighbor and then is paralyzed with fear she may have gotten the family’s benefits cut, the terror of it all begins to eat at her soul:

Surely I cannot suffer this much and it count for nothing. Someone must be keeping score of every time my heart falls out of my chest, like a spasming clock, noting the hogsheads of adrenaline I am soused in—without ever saying a word to anyone. I will learn this lesson of fear: I will never tell anyone when I feel bad again. I will never confide a weakness. It does not work. It makes things worse … It’s really best not to tell people when you feel bad. Growing up is about keeping secrets, and pretending everything is fine.

It’s not until you are an adult that you know this is wrong on so many levels, and maybe even longer before you untangle yourself from this belief, but who among us hasn’t felt this way at least once? Such a brutal passage, about the most innocent of things—making a mistake.

Or this, as Dolly reflects on her cynicism in reviewing bands—the delicious ability to be mean-spirited and hurl word bombs while hiding behind her Dolly persona:

Because I still don’t know what I really think or feel, and I’m throwing grenades and filling the air with smoke while I desperately, desperately try to get off the ground: to get elevation. Because I haven’t yet learned the simplest and most important thing of all: the world is difficult, and we are all breakable. So just be kind.

Oof. I think at some point, every girl takes, or at least thinks about taking, the mean girl route. Making yourself feel better about you by putting someone else down. If only all those damn middle and high school girls would take heed of Dolly.

And finally, a scene I found particularly interesting in light of Lena Dunham’s recent release, “Not That Kind of Girl.” Dunham’s revelations of what she now describes as rape offer real-world definition of Dolly’s visit to the parents of her I-think-he’s-my-boyfriend, Tony Rich:

In the end—not really getting to the point of being, essentially, told off by a man with a hard cock—I do what I have always done during sex: concentrate on how much he is enjoying it, instead … He must want to do these things very badly. I’m making his dreams come true. That’s a pretty cool thing to be doing, I think, on all fours, as he slaps my arse in the same place, over and over, like an amateur who’s never read any pervy books, until my bones hurt. I am making dreams come true.

I have yet to read Dunham’s book, but I read the excerpts surrounding the rape, and I think I can understand, and am saddened by Moran’s Dolly much, much more. That so many young girls, young women, justify unwanted sex because they just want someone to want them, if even for a moment. That if they let a man do what he wants, maybe that man will say they are pretty, or cool, or even “You’re my girl” just for a moment. That there is some power in making a douchebag’s dreams come true. Then morning comes.

SUCH a good book. And so funny, too. Plus, if you enjoy music, or did as a teen, Dolly’s descent into London’s 90s music scene is wildly enjoyable, as are her magazine cohorts. Highly, highly recommend. 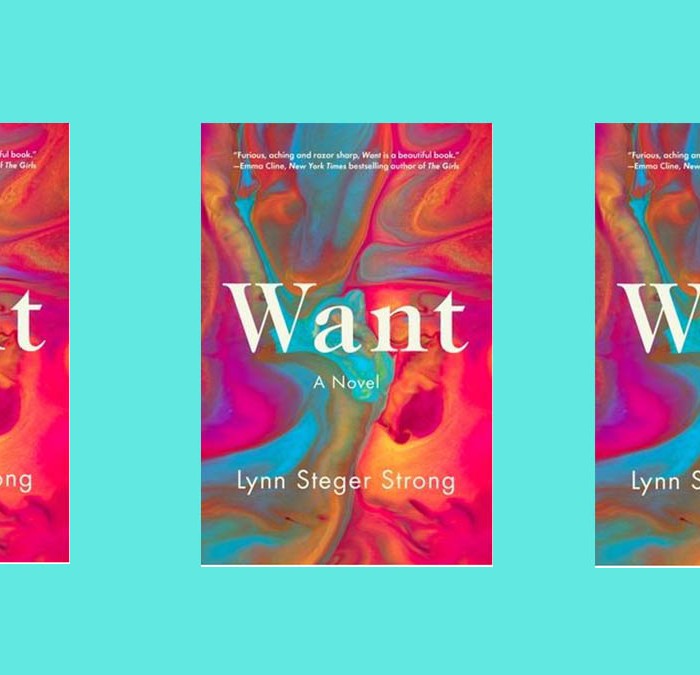